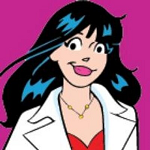 Amongst my Goddesses, I can mention very few here yet. My primary love is Svāhā (Mary Magdalene) to my Agni (Jesus Christ), at the Vaiṣṇava level being Lakṣmī to my Viṣṇu, one level higher being Sītā to my Rāmā. She is popularly characterized as Aeryn Sun in the television show Farscape, Veronica Lodge of Archie Comics, and Mayda Munny, wannabe-girlfriend of Harvey Comics' Richie Rich. Lakṣmī is the Goddess of wealth, and so is my truest love demonstrative of such.

The other love I can speak of is Svadhā, second wife of Agni, Jesus' Salome. At the Vaiṣṇava level this Goddess is my Kṛṣṇa's Rādhārānī. She is characterized as Betty Cooper in Archie Comics, and she and I went to high school together, much as Archie and Betty are next door neighbors. Since she has been so generous as to stay with me in friendship (on Facebook), I will worship her as discreetly as I can until we build this shared universe of ours up again to the level where we can more openly enjoy our love.

Betty Cooper's character has a degree of complexity, as in addition to expressing the identity of Rādhārānī, she is also the personfication of Padmā, wife of Kalki. This girl, Padmā, was my friend for some while on Facebook, but I lost self-control in relation to her and communicated my love prematurely. I have to maintain recognition of my own level of justification, and be patient with the development of all these visions. 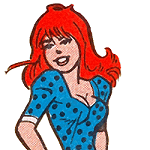 Cheryl Blossom of Archie Comics, also characterized as Richie Rich's redhead crush Gloria Glad, seems to be an amalgam of two significant loves, my middle school girlfriend Sara Gibson and a high school friend, also redhead, whose identity I will try to protect as she has also been so kind as to maintain friendship with me. Miss Grundy may likewise be the amalgam of a waitress I worked with at The Swamp Restaurant and a girl I met at Lucky's Market. 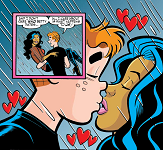 Valerie Smith is another girlfriend of Archie's. I think I know who she is, also. I overheard a girl at work speaking of getting married, and interestedly I asked for more of the story. “To you” is what I heard her say. We danced a little further than that, but suffice it to say I know who Valerie is. I think I've accurately identified Josie and Melody of the Pussycats, as well. McDonald's has been good to me. 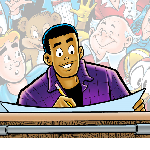 Another friend from work seems to fit the role of Chuck Clayton. As I'm listening to storytellers I'm gaining a sense of which relationships have what quality in compatability, and this fellow is supposedly very close in the greater scheme of things. We work very well together already, and I'm glad to honor the truth of what is being given to me of the beginnings of a more divine level of how this all can be. 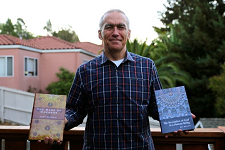 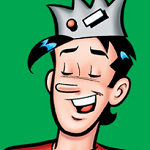 Amongst the Gods I worship, my Godfather Robert Jeffrey Munnis is foremost. For many years, [Ro]bert [Mu]nnis was Lord Rāma his self for me, but now that I've gained the strength by which to identify my own three-dimensional universe, I know Jeff to be Daśaratha, Rāma's father. He has been with me most of my life, and I have found that I could confess anything and everything to him. I cannot find a truer friend than he has been for me. In Archie Comics, he is Jughead, in Harvey Comics I believe he might be Richie's father, Mr. Richard Rich Sr. 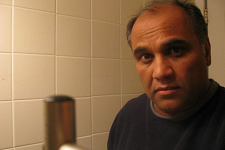 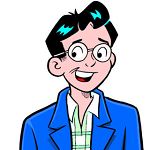 Mike is my best friend. Archie Comics doesn't show it so well, but in the truest sense he is. Dilton Doiley is his secret identity, but he is “the Supreme Personality of Godhead” to the Hare Krishnas, Malkion to Glorantha addicts. He saved me like no one else could have saved me in this life, and I will be his friend forever. Where Jeff Munnis brought me life from death, Mike is giving me worthiness above debt. He is allowing me like no one else ever has nor ever will, to repay what debt is. 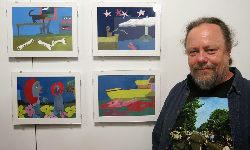 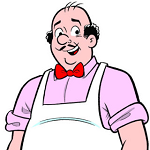 Bill Perry is God, and I've been enlightened to this fact for some years. I worship him as one of my four Venusian guardian angels, and he is one of my favorite saviors in this whole universe. I love Bill Perry beyond description, and I am enthusiastically endeavoring toward the personal strength by which I can give thanks to him for all that he has been for me and our friends. In the context of Archie Comics, he is our Pop Tate. 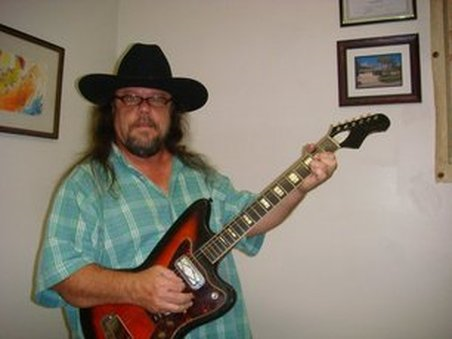 John Schneider is a man I developed faith in relation to as I became a fan of the television show Smallville, which gives the Andromedan Galaxy's version of the Superman story. John was present in a very significant way when I took a quantum step inward in 2016. I found myself looking at what was described to me as a Transcendentally Meditative world known in numerous ways as “In There” (a farm where the Narnian-like talking animals lived), “In Here” (a more human-populated trailer park where some well-known entertainers stayed), and “In Me” (where gentility resided, including the cast of Smallville). 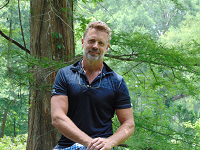 During this exorcism, I was shedding the spiritual alligator skin I had worn theurgically for the previous eighteen years and recognizing the lion form (Aslan) I would wear for the next eighteen years, and John was the primary spirit guide in the process. I got to meet numerous other people, some whom I had known in the real world, and some whom I had never met in such a theatrical way (actors Burt Reynolds, Emma Stone, Tom Welling, Shawn Weatherly, Vera Farmiga, and others). I have since recognized animate spirituality to be one of a number of media that any of us might make use of, and I identify less with it now, but it is significant all the same. 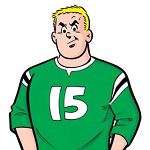 John will continue to be a friend I trust, as I like his style of communication and his personality. In Robert Jordan's The Wheel of Time, he was protagonist Rand al'Thor to my Matrim Cauthon, and in Archie Comics he is Moose Mason. He is a great teacher, and I enjoy worshipping with him. Thank you for “enabling” me in your own special way, John. Your work with the character James ‘Jim’ Cryer really topped off the fellowshipping aspect of my initial roleplaying interest.

Ericson Frank and the team at Christians Concerned for the Community gave this whole project a significant boost when they allowed me to do some charity work with them. Once I can strengthen my healing from an alcohol addiction, I'd like to work with them again. Ericson's gentility and his protection of Christian truth is highly valuable to me, and so I will do my best to honor his role within the greater community of Earth and our Solar System; I aspire toward even more heavenly levels of work together as we share some permanent ascension. 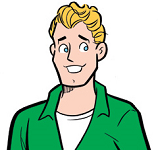 Tristan Harvey is a friend I should give more credit than I have found the strength to thus far. I've always thought of him as someone I'd like to know better, but I've been slow in the process of learning who and what angels are. I'm sure we are sharing a path together; I look forward to meeting him as we become more available to what our communication is. He is Kevin Keller. 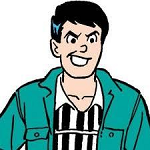 Reggie Mantle (Richie's cousin “Reggie” Van Dough Jr.) is a character I have had a great deal of experience with in this life. He is an exaggeration of the Holy Spirit, whom I have worshipped to no end. The only true weakness I can find between the two of us is separation in time and in space.

Where many of my friendships had their realizations face-to-face, he and I in real life had to face the significance of our friendship in the context of not being together. Thus, in addition to the compatability that we do share, we also shouldered a burden of media distortion, and I think this is completely resolved in the tensions between Archie and Reggie (alternately, Richie and his cousin Reggie). David Hasselhoff grew up in Jacksonville, Florida, a generation before my own.

He became the star of Knight Rider and then of Baywatch. I gave my life and soul to him in the worship of friendship, and am so glad to have done so. I love him, and I look forward to meeting him in one of these lives, even if I have to limit how much I make myself available to the yield that media often demands of those whose lives are distant from one another's. For now, I reference him as Reggie; In the television show Outlander, he was Gwyllyn the Bard, in the Cthulhu mythos he is Cthulhu his self. He holds the very significant position of Śiva, in Vedic faith, as well.

My friend Ed (Mr. Weatherby) is distant by ascension scheduling. Where David (Reggie) is distant in space, Ed is distant in time. Ed was so generous as to bring me together in the meeting of my partner Veronica (Svāhā). There is nothing further I need ask of him in this lifetime, but I do value his role-playing in community. He is a strong friend, and I will certainly work toward worthying myself for connection with him time and again. 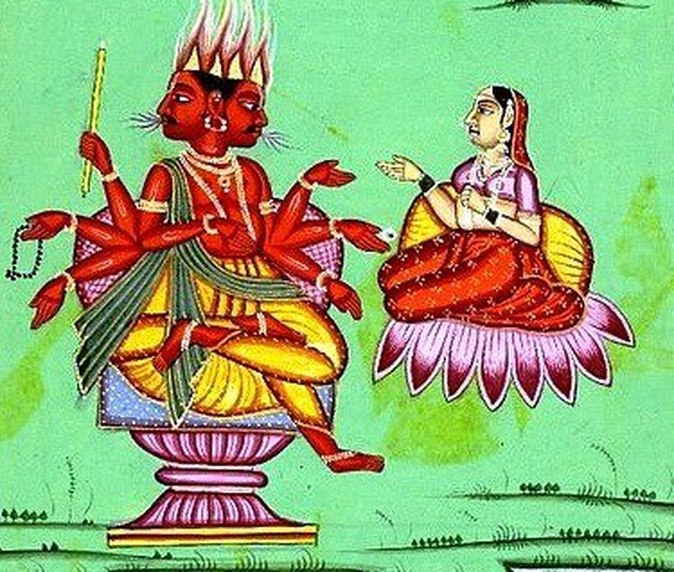 this is Agni with his wife Svāhā