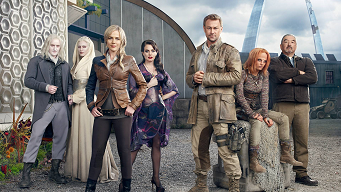 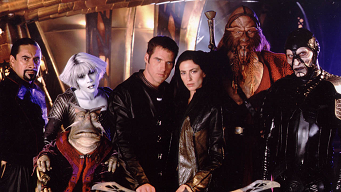 Now another pattern is found in connection with musician Stephen Stills, another friend of mine named Bill from the streets of Gainesville, and the Reverend Larry Reimer. Spacio-temporal y-axis, z-axis, and w-axis have alternative stories in each case, with significant bio-social distinctions. I'll elaborate on this, but first I'll explain a third pattern.

I have four w-axis motile lunar alter egos whom I mentioned on my Veronica page: Danny Wuerffel, Robert Redford, Marcello Bravo, and another boyfriend (whose name I've searched for but have yet to find) of Markéta's (Caprice's). The Archie Andrews story is obviously related to my identification with Danny, and I'm believing now that it is Mercurial. I'll take a few steps further and say that Richie Rich is me identifying in a Venusian way with Robert, Ranger Rick being an Earthly me as Marcello, and then Mickey Mouse is the Martian completion of our integrity.

The Solar story that I worshipped before I found Archie was the television show Farscape where I (though as Ben Browder) envision myself as John Crichton, where my girlfriend Veronica (Mayda) becomes Aeryn Sun (my ‘A’ Sun Goddess). This is where I am more truly, so far. Having shown this, I can return to the Stephen Stills (y-axis) portion of the design.

In connection with Archie's Padmā (Betty Cooper), the television show Farscape is significant. The new Star Wars and Star Trek films relate to his Yaśodharā (Miss Grundy). Two other close relationships find reference with the Matt Damon story (a specific series of his films) and the TV show Little House on the Prarie.

Around Farscape, z-axis entertains some levels of relativity with TV shows The Haves and the Have Nots and Two Guys and a Girl in the upward direction, opposite which are Defiance and Outlander, Smallville and The Wheel of Time (which is a series of books only yet planned as a TV series).

That's as far as I can go with my explanation of these complexities, but I'm learning, and I'll love to share this aspect of what we are doing with modern day script(ure) as my knowledge improves. I feel a lot of gratitude for all that these writers and actors have contributed to this growing movement. The ascension work and our cleansing of community is happening.